With Zendikar Rising, we're introducing a new kind of Commander deck.It's a great time to be a Commander player—and that means that every time of the year should be a great time to be a Commander player. If you want to join Commander six months after the traditional preconstructed decks release, there should be something new for you to check out.We're launching two decks with Zendikar Rising. These are meant to be awesome on-ramps to Commander, with a few new cards (three per deck) and the rest reprints, full of things you will want to kickstart your Commander experience. Like Ikoria Commander, the new cards are themed to the world and the reprints can be from anywhere.Whether you're a player new to Commander looking to get staples or a current veteran hunting for a few reprints and some exciting new cards, these decks should catch your eye. 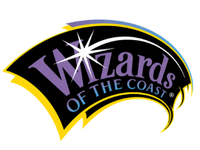